Three men, not from Florida, will have to remain behind bars for having sex with horses, goats, dogs, and cows after a superior court rejected their appeal.

The Pennsylvania men were arrested in 2018 and in 2019 sentenced to terms ranging from 20 to 45 years in prison.

An attorney representing the men appealed their sentences citing that the punishment did not fit the crime.

Terry Wallace, 42, Matthew Brubaker, 32, and Marc Measnikoff, 36, alleged that the sentencing was too harsh and that Munson, PA Judge Paul E. Cherry, only considered the nature and duration of their crimes and their recruitment of a 16-year-old boy.

“The judge did not take into consideration our need for rehabilitation,” the men said.

According to court documents, the men had sex with the animals hundreds of times, and video recorded themselves while doing it.

The men used the teen to retrieve the animals and take them to a chute that the men had devised. The men would then have intercourse with the animals.

The judge said that he doubted the men were capable of being rehabilitated and that they demonstrated mental abnormalities.

“Their long incarceration will give them time to work on their mental health,” the judge wrote.

The men were charged with Corruption of a Minor, 730 counts of Sexual Intercourse with Animals, and 730 counts of Cruelty to Animals.

If allowed, the men said they plan to submit another appeal sometime before Christmas 2020.

This story is nuts: Florida man drops the ball during failed castration 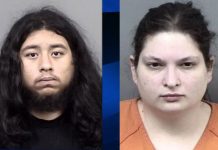