Citrus Gazette
Home Gallery She thought it was just a Halloween photo shoot, it was much...
1 of 27

A Canyon, Texas, man, Joseph Reynero, who dressed up as cinema’s most notorious Halloween night serial killer, Michael Myers, lined up a Halloween photo shoot with his girlfriend, Hannah Gabrielle, and she had no idea what he had planned for her.

The couple, who love Halloween, posed for several photos before Reynero got down on one knee and proposed…making this proposal an instant classic.

The photographer, Alexi Johnson, made sure that the photo shoot went smoothly to ensure that Gabrielle would be surprised.

Johnson posted, “We all know the “Halloween” story, or so we thought! But did you know MM fell in LOVE!? Yup, that’s right, in love 🖤.”

“Halloween/engagement photo shoot! She had no idea! I love you so much! Officially engaged!,” Reynero wrote on Facebook.

The couple is to be married on Halloween night. 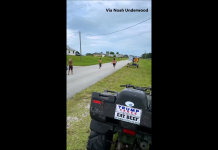 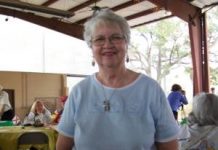