Inverness, Florida — An Inverness man was shot to death in his driveway by a man who was just released from prison.

According to the Citrus County Sheriff’s Office, On January 14, 2022, at approximately 9 P.M., deputies responded to a residence in the area of East Dawson Drive, Inverness, in reference to a shooting.

Upon arrival, deputies discovered a man with apparent gunshot wounds lying on the driveway, and EMS was immediately notified.

A short time later, EMS arrived and began treating the 19-year-old victim. The victim was air-lifted to a hospital in Marion County where he later died from his injuries.

Witnesses told deputies the suspected shooter, later identified as Daniel Arthur Redman, 29, attempted to break into their home before he fled on foot.

Through witness statements, deputies were able to identify Redman.

Deputies later learned that Redman had just been released from prison on January 9, 2022.

Deputies set up a perimeter and began to search for Redman. Deputies, with the help of a K-9, found him approximately a 1/4 mile away. Redman had taken a female hostage inside a motor home. When Redman exited with the hostage, she showed visible signs of injury.

Sheriff Mike Prendergast said that his deputies were able to convince Redman to release his hostage, but that, he refused all other verbal commands.

The suspect refused to put his hands up and reached behind his back towards his waistband.

According to CCSO, after failing to comply with verbal commands, and fearing for the safety of others, one deputy fired a single round at Redman. The suspect was hit and fell to the ground. Deputies immediately secured Redman and rendered first aid until he was transported to a hospital.

“In what has proven to be a terrifying night for our community, the immediate actions of our deputies saved other victims from the further terror caused by this convicted felon,” stated Sheriff Prendergast. “Thanks to our deputies’ quick thinking and superior performance, they were able to protect our community from further harm.”

Redman remains in the hospital in critical condition.

Multiple charges are pending in this case, which are still under investigation.

As is common practice with deputy-involved shootings, the Florida Department of Law Enforcement (FDLE) responded and is conducting an independent investigation into the incident. The deputy involved has been placed on administrative leave which is standard procedure.

The female hostage is expected to make a full recovery, physically. 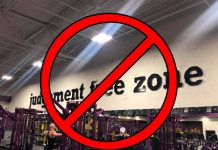 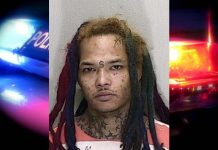