Ocala — Ocala Fire Chief Shane Alexander was terminated from his position with the City of Ocala.

Alexander had also previously filed a restraining order against Kindred, who changed her last name in May of 2021.

In the letter of termination, Whitehead accuses Alexnder of “undermining City Council and the City Manager to the detriment of the organization.”

Whitehead wrote that the accusations came to light after several business leaders were “alarmed by his actions.”

Whitehead accuses Alexander of campaigning against other Council members in order to gain a seat as City Manager.

Additionally, Whitehead wrote, “[You] eroded trust in the organization by creating a counter-productive and uncomfortable work environment for City staff. This has been attested by several employees.”

In the letter, Alexander is accused of not using the City phone enough to prove he was working.

In those emails, Whitehead is accused of campaigning against Alexander due to his ex-wife’s arrest and dealing in dirty politics.

Ocala Post reached out to Whitehead and asked for clarification. Ocala Post also asked Whitehead how long Alexander had been investigated before he was terminated. However, the emails went unanswered prior to the publication of this article.

An email from the city’s communication manager, read, “The City of Ocala does not provide interviews on personnel-related matters; however, personnel files are public record and open to public inspection.”

You can read the termination letter in its entirety below, or download it here. 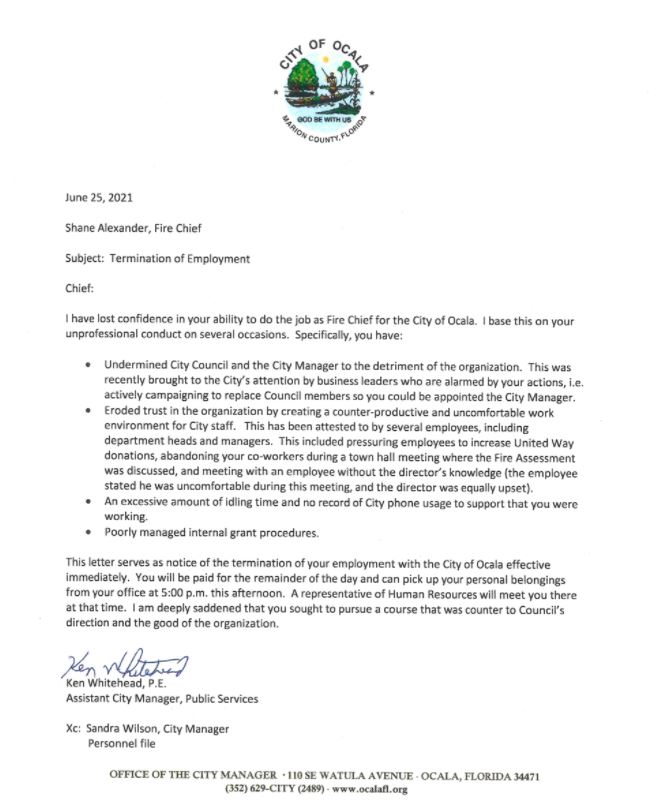 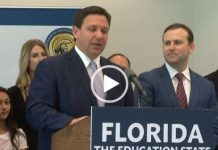