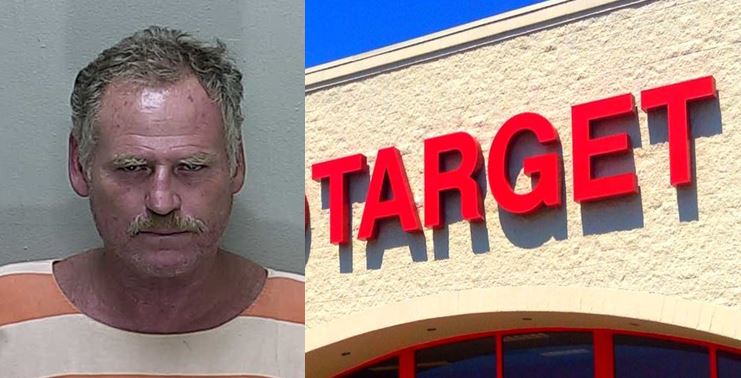 The Target masturbator who was arrested on July 4, was adjudicated guilty and sentenced to six months in jail.

According to Ocala police, Bryan L. Swaim, 51, entered the Target, located at 2000 Southwest College Road, last Wednesday and was followed by loss prevention personnel because he was acting suspiciously.

A loss prevention officer told police that when Swaim entered the store [he] acted like he was going to steal a pair of shorts, but instead, he dropped them on the floor in the holiday section.

According to reports, loss prevention officers then watched Swaim via security camera enter the swimsuit section.

Loss prevention officers said they then removed customers from the area and waited for police to arrive.

According to the arrest affidavit, a female customer told police that she saw Swaim starring at her while she was browsing the swimsuit section. She said he was creepy and it made her feel uncomfortable so she left the area.

At first, Swaim told police that he was only adjusting himself. However, there was just a “teeny weeny” problem; the entire incident was captured on video. When Swaim realized he had been caught on video he knew police had the better hand and confessed.

Swaim was charged with Exposure of Sexual Organs and Possession of Drug Paraphernalia (crack pipe).

He is scheduled to be released from the Marion County Jail on Christmas Eve, 2018.