The city of Detroit, Wayne County, and the Michigan Democratic Party responded to voter fraud allegations on Wednesday by calling Republican voters “stupid.”

“They are too stupid to understand how the system works,” Detroit city officials said.

Officials said they could not allow Republicans to assist with counting votes due to COVID-19. Yet, Democrats were granted access. Additionally, the voting precinct covered the windows with cardboard.

Michigan has a clear history of voter fraud.

In December of 2019, The Public Interest Legal Foundation filed a lawsuit in Detroit alleging that voter registrations were fraudulent.

Court records showed that there were 4,788 duplicate voter registrations, 32,519 more registered voters than eligible voters, 2,503 dead people registered to vote, and one voter born in 1823…14 years before Michigan even became a state.

Facebook’s “fact-checkers” as well as the poor excuse for reporting website, Snopes, claimed that the allegations were false.

The allegations were not only factual but the court documents which are part of public records back up the claims.

Below is an image that was aired on Fox 2 in Detroit in December of 2019 when the lawsuit was initially filed. 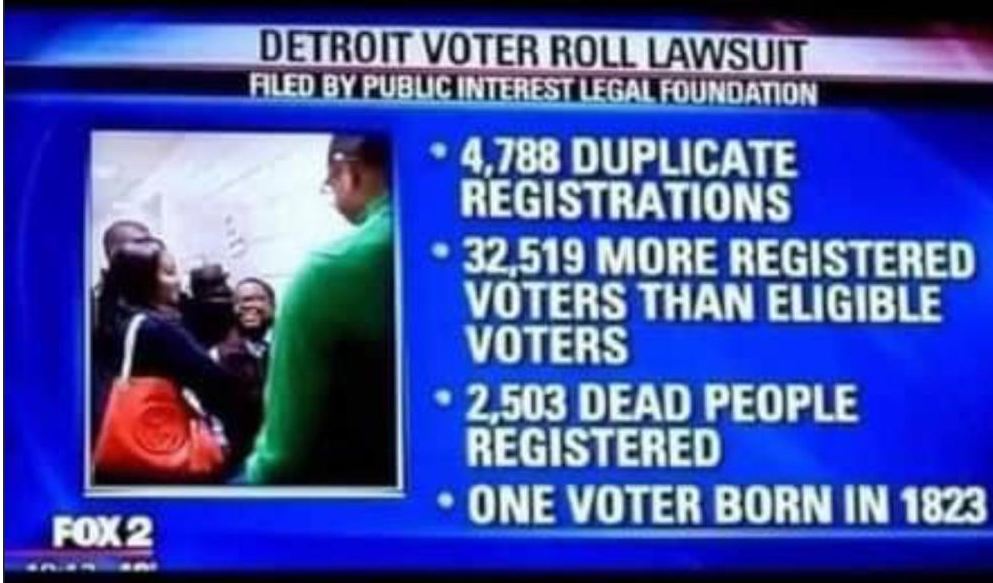 Detroit leaders said the lawsuit was aimed at “holding down the black vote.”

The Public Interest Legal Foundation said the lawsuit had nothing to do with skin color but the fact that dead people can’t vote. Regardless if they are black or white.

Detroit Clerk Janice Winfrey and Elections Director George Azzouz had been warned many times about the discrepancies, but no action was taken which prompted the lawsuit.

In March of 2020, the lawsuit was dropped after, and only after, Winfrey and Azzouz took “remedial action” and “cleaned up” the voter rolls. 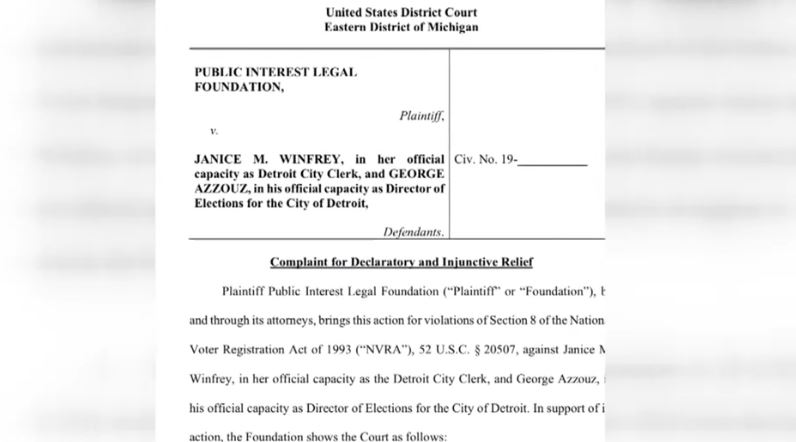 Florida minimum wage will increase to $15 per hour, 600 thousand could lose their jobs